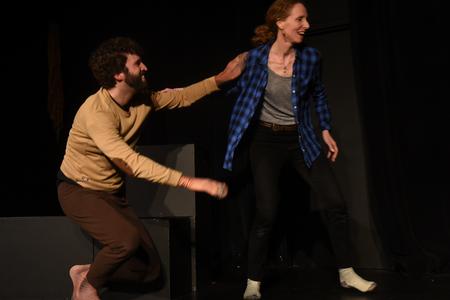 Stay was first performed at The Vermont Playwrights Circle's TenFest, 2011, directed by Jeanne Beckwith, performed by Betty Macaffrey and Jake.

Stay was performed by Holly and Company at - incredibly - The New York State Psychological Associations Annual Convention, Saratoga NY, 2012.
There were several psychologists in the audience who bring their dogs into their therapy sessions as helpers.

​In Other Minds, I wanted to show that our basic, non-verbal understanding is shared by all animals, human and dog.  The play was developed in a Flynn Space workshop, with David Klein as Dog and Shiro as a real dog, who played with David at the beginning of each act.  The  play was a staged reading at Centenary Stage, Women Playwrights Series, 2012. 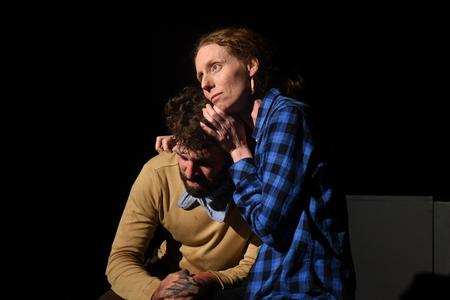 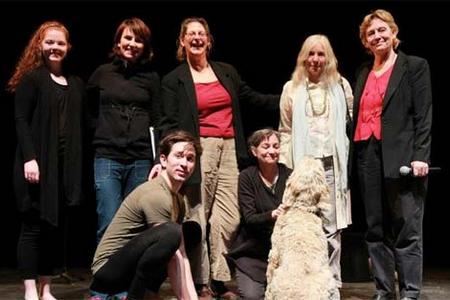 A monologue for actor and dog

We humans tell our dogs to stay, but are we ourselves any good at staying?  When our children or dogs run off, out of sight, can we just sit and not try to follow?  Don't we get very anxious?  In this monologue ​the actor talks to her real dog who is onstage, and who responds to her changes in tone - calm, happy, upset, and at one point angry.  The audience watches the subtle ways that dog and human respond to each other. 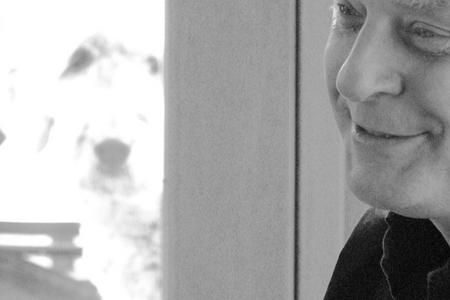 The Connection Between Humans and Dogs

Performed at the Off Center, Burlington Vermont, 2019 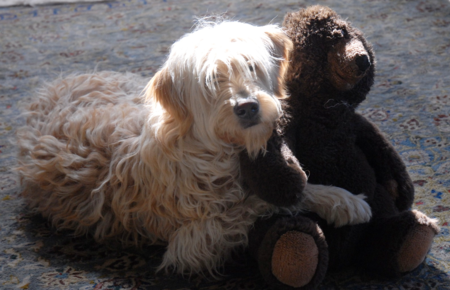 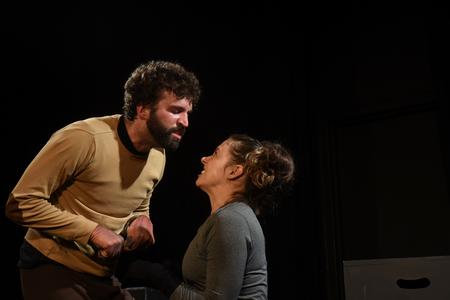 Holly preparing for her role in Stay